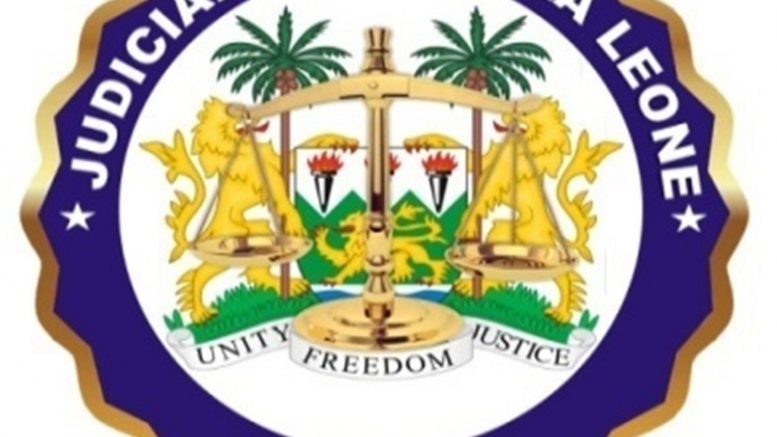 Judiciary of Sierra Leone Communications Unit, Siaka Stevens Street, Freetown, 20th October, 2020: The Court of Appeal presided over by Hon. Justices Sengu Koroma JSC, Ansumana Ivan Sesay JA and Tonya Barnette J. has today struck out the election petition case brought forward by Hon. Osman A. Timbo and Nine (9) others on the grounds of non-compliance on the part of the appellants.

The matter was brought to the Court of Appeal by Hon. Osman A. Timbo; Hon. John Satty Kargbo;  Hon. Momoh Kamara; Hon. Mohamed Sheriff Kassim-Carew; Hon. Abu Bakar Sillah; Hon. Hariayatu Ariana Bangura; Hon. Siraj Muniru Rollings-Kamara; Hon.  Kadie Kallon; Hon. Ahmed Mansaray and Hon. Kemokoh Conteh all having failed in their separate election petitions brought against them in the High Court and having to appeal against the decision(s) to the Court of Appeal

The appellants were represented by Lawyers, Africanus Sesay, Ady Macauley and Salmata Bah.

Lawyer Ady Macauley on behalf of his clients said there are certain applications that had been filed in the Supreme Court in respect of these Appellants for which they filed a motion for stay of proceedings.  He  told the Court that the Appeal Court’s direction which required that they file synopsis will not be complied with as they had received instructions from their clients that they should not file same, consequent upon the said instructions they were not going to file any synopsis as directed,

Representing the defence, Lawyer Musa Mewa said the other side should have filed their synopsis on the 9th of August, 2020 and they have failed to do so. In effect, he continued, “they have disobeyed the order of this Honourable Court.”

He submitted that this conduct amounted to a withdrawal of the Appeal. Relying on Section 78 (5) of the Constitution of Sierra Leone Act No. 6 of 1991 and Rule 24 of the Court of Appeal Rules 1985, he therefore applied that the said Appeal be dismissed with substantial costs.

The Appeal Court noting that the Appellants in this matter (Hon. A Timbo and others) and the other related matter have failed, refused or neglected to comply with the Order of the Court of Appeal dated 29th July 2020 and have failed to convince the Court of the reason for non-compliance.

In their unanimous Ruling, the Justices said that, “in the circumstances, this Appeal and the related Appeals are hereby struck out with costs of Five Million Leones (5,000,000) each. Costs to be borne by each of the Appellants.

For further enquires contact the head of communications, JoSL on +23234617548 or pro@judiciary.gov.sl