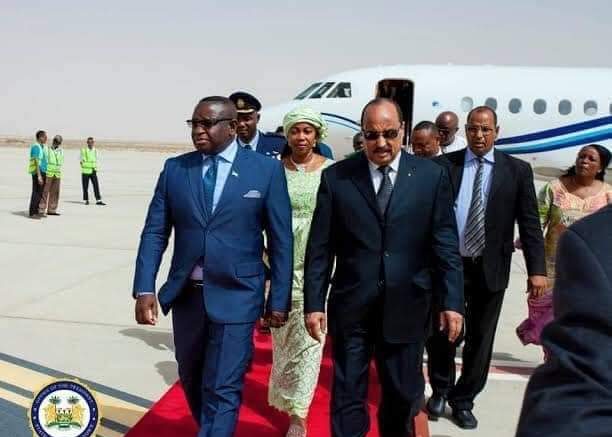 Each time President Dr. Julius Maada Bio leaves this country either on official or private visit, his health becomes a subject of speculation. Rumor mongers have made it their hobby, to always speculate about the health of the President whenever he travels out of the country.

On Thursday, 27th August 2020 the Office of the Press Secretary and Presidential Spokesman at State House, issued a Press Release, stating that President Dr. Julius Maada Bio was to depart on that day on a private visit to Lebanon. According to the Press Release, “This visit will further strengthen ties between the two nations”.

The following day, a screaming headline in the Standard Times Newspaper reads, “Ambulance Awaits Bio At Lebanon Airport”. The impression created by this screaming headline is that, the President was seriously sick and needed to be transported to the hospital in an Ambulance.

The persistent speculations or malicious predictions about the President’s health seem singularly absurd. More than any other President in our country’s history, President Dr. Julius Maada Bio is obviously robust and full of vigor. He is much younger than his two previous predecessors. A former Military officer, he still carries that martial bearing and shows no sign of fatigue or obvious health anxiety.

So this nonsense must stop!

Wishing ill for anybody, let alone the President of a nation of over 7 million people, is extreme bad taste.

For the opposition, it can only be counterproductive.

The stress and strain of high office normally impacts on the health of high-profiled Politicians. What is wrong if the President decides to do a routine medical check-up whilst in Lebanon on a private visit?

Lebanon is well-known in the Middle East as the centre for medical excellence.

This Government has become a victim of transparency. Everything they do is out in the public domain.

Because of the need to be transparent, each time the President leaves the country, his office issues a Press Release, informing the general public about the President’s movements.

That said, official statements about the President’s movements, particularly foreign travel, should be precise and clear. There is no need for broad elaboration.

It is enough to state merely that the President has traveled on a private visit. Full stop! Everyone needs a break from the routine of work.

And for the President, who is always in the public eye and always busy attending to State matters, this need cannot be overemphasized.

Lessons must be learnt!