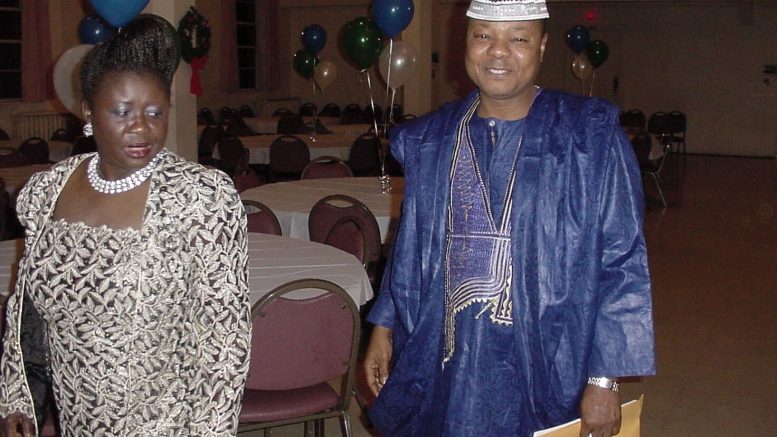 Dr. Nyalley and all those who left us should be allowed to come back.

However, Dr. Nyalley should forever move away from his idea of “entitlement”. I read with bemusement that he took a poll from “Friends of Dr. Nyalley” whether or not to rejoin the SLPP – as if he has a choice. If true, Dr. Nyalley does not seem to understand or accept that the Party has moved on, and that now he needs the SLPP more than the SLPP needs him.

To say Dr. Nyalley’s contribution to the SLPP particularly during the Tejan Kabba era was colossal will be an understatement. That was the time Tegloma and Dr. Nyalley, as Tegloma Federation Chair, were at their peak, and when one could not tell whether the Conventions were Tegloma or SLPP Conventions.

Dr. Nyalley contested the SLPP FB in 2005 in Makeni and got one vote (I believe). Then came 2007. When APC won EBK asked Tegloma Chief Ali Foh to recommend one Tegloma member for a position in his government. Dr. Nyalley was recommended and agreed to become Deputy Minister of Education in an APC government to the dismay of many SLPP/Tegloma members. Because of his ambition and ego, many people thought he was above the position and that he will come to regret his association with the APC.

Initially, Dr. Nyalley attempted to do a late Hindolo Trye (who never joined the APC) and was telling everyone that he will not become a member of the APC. But, Dr. Nyalley was no Hindolo Trye who never joined any party, never lobbied to be made minister, and was still using a first-generation cell phone (oh yes, I saw it in his office!) when he was Labor Minister in the APC government.

I don’t know exactly how it happened. But, to cut a long story short, Dr. Nyalley became a full-fledged member of the APC. He started vigorously defending APC government policies and quickly developed a sour relationship with students, particularly FBC students.

I don’t know exactly when or why he was sacked. But, instead of being promoted to at least partially fulfill his insatiable ambition and ego, EBK sacked him. As far as I know, that was the end of Dr. Nyalley in the APC.

Now that he has rejoined the SLPP. Fine and welcome again. In politics, one should not discount anyone; certainly not a person like Dr. Nyalley.

However, Dr. Nyalley should know that the Party has moved on, that his place has long been taken, and that today’s SLPP is more likely to forgive invaders from planet Mars than APC returnees.