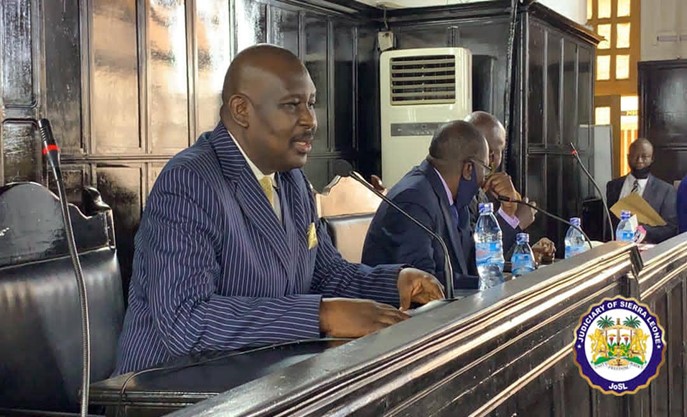 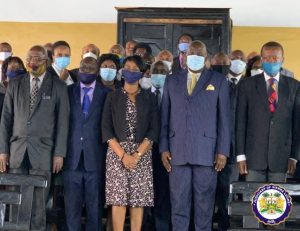 This is the first time under the leadership of His Lordship Justice Desmond Babatunde Edwards that the Judiciary through the Judicial and Legal Training Institute (JLTI) is providing training for all Magistrates in the country covering all aspect of Magistrates Courts Jurisdiction; Preliminary Investigations; Environmental Law; Prosecution of Social Security cases in Magistrate Courts  Coroner’s Inquest and Inquiry: practice and procedure; Small claims Court: rules and procedure; the Magistrates and the public, the press and social media; Anti-Corruption Laws and the Magistrate; Execution of the Bail regulations; Sentencing; Taking of evidence; Adjournments; Management, attendance, and oath of witnesses; Treatment of children and other vulnerable persons, etc.

In his opening remarks, the Chief Justice said some Magistrates are having issues when it comes to sentencing, noting that some Magistrates were sentencing convicts far above their powers of sentencing. According to him, such action is always unfair and injustice.

The Hon. Chief Justice made this discovery when he personally visited the Male Correctional Center after the Gaol Delivery in 2019 and had one on one welfare conversation with inmates and the correctional services authority. He disclosed that the findings from his visit prompted him to begin a Summary Review of cases pursuant to Cap 17 of the Laws of Sierra Leone. He assured that he was going to designate Judges specifically for that purpose.

“After this training, I will be observing your work to ensure that justice is dispensed without fear or favour and according to law at all times,” said the Hon. Chief Justice.

The Judiciary through the Judicial and Legal Training Institute is well equipped with experienced tutors to handle all of the challenges facing Magistrate Courts in the country.

The training started with a paper presentation on the Jurisdiction of Magistrates in Magistrates Courts by the Hon. Justice Browne Marke JSC.