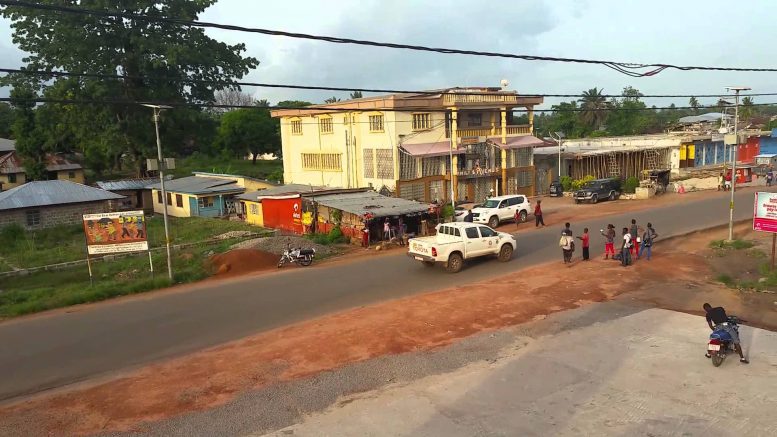 Freetown is about 31 square miles in size consisting of about 1800 kilometers of roads that have a minimum 100 vehicular commute frequencies per day, according to SLRA data (2013).

Makeni is about 8 square miles in size consisting of about 70 kilometers of roads that have a minimum 100 vehicular commute frequencies per day, according to SLRA data (2013).
.
In the past ten years, the APC Government of President Ernest Bai Koroma tarred a total 42 kilometers of road in his home district city of Makeni and 40 kilometers in the capital city, Freetown.

2.2 percent is OK to take to the polls provided there was no equity issue which proves a presidential policy bias.

Bias under President Koroma is not limited to the road sector alone. It extends to agriculture typified by his rice farming tractor distribution across the country in 2009 when he disproportionately allocated 40% of the national total (made of 12 districts) to Bombali, subjugating Kambia and Bonthe which are the most viable rice producing districts.

The most recent manifestation of the Koroma Bombali parochialism was his single (unilateral) handpick of Samura Kamara over the likes of Port Loko’s Alpha Kanu and Koinadugu’s Kaifala Marrah for the presidential candidate.