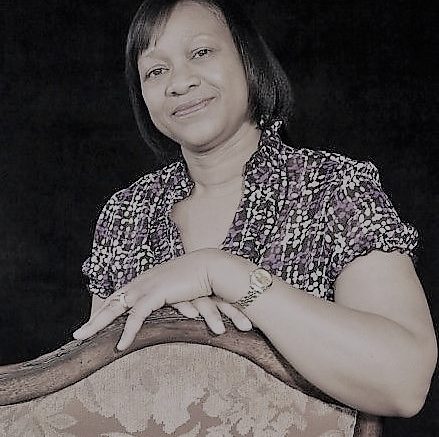 The Campaign to Elect Seray Dumbuya Chair of SLPPNA has as of now uncovered a nefarious, insidious and, quite frankly, childish and amateurish campaign to assassinate the good character of Mr. and Mrs. Dumbuya by alleging that the Dumbuyas are supporters of Retired Brigadier General Julius Maada Bio.

Mr. and Mrs. Dumbuya have served the SLPP and SLPPNA with admirable distinction without any blemish of flagbearer affiliation as some leaders in this Region have done. Mrs. Dumbuya managed the conduct of the Regional Electoral Commission with a finesse that many in this Region appreciate and respect. During her tenure as CHAIRWOMAN of the SLPPNA Electoral Commission, she facilitated a smooth transition from the previous administration to the current Lawrence Sandy Administration through the transparent conduct of leadership elections across the spectrum. Even when the Young Generation election drew a tie on the floor of the Regional Convention in Washington D.C. in 2014, under her efficient leadership, the Electoral Commission conducted a rerun of that election to the satisfaction of the candidates and the Region. This is the record of service and integrity that Mrs. Dumbuya stands on with an unshakable resolve.

Since her declaration to contest the Chair of SLPPNA, The Campaign, and Mrs. Dumbuya especially, have received numerous phone calls from Sierra Leone and the Diaspora asking her to back-off. Some of the calls have been pleading, others have been threatening. Upon her declaration, some in the SLPPNA WhatsApp Forum categorized the Dumbuyas as dishonest, with some stating that Mrs. Dumbuya is desperate. These insinuations and insults directed at the first female candidate to contest the Chair of SLPPNA have never been denounced by anyone as a matter of political and simple decency. The latest campaign of character assassination to malign Mrs. Dumbuya and her family is a new low for those who are desperate to hold unto to power under the backdrop of an abysmal failure to perform to the expectation of the Region.

Mrs. Dumbuya has never endorsed, and will never endorse any presidential aspirant, whether privately or publicly. This Region has become polarized more than ever before by leaders taking public positions in the flagbearer infighting that has strangled our party and distracted us from the more important issues that we need to address to defeat the APC in 2018. It is for this very reason, to remove the SLPPNA as another distracting participant in the flagbearer infighting that Mrs. Dumbuya decided to contest the Chair of SLPPNA – to clean house and vaccinate the SLPPNA leadership against the flagbearer virus that has infested our Region, eating us like gangrene.

Those who are conducting the smear campaign will fail, just as they have failed to think big and deliver big for the Region. Mrs. Dumbuya is acutely aware of the enormous importance of the 2018 elections, and the need for SLPP to win. That is why she will not succumb to threats and innuendos to vacate the contest. SLPP and Sierra Leone are too big for us to give up to childish politics. We will continue with The Campaign to redeem SLPPNA from flagbearer politics and mediocrity. We will not relent until all vestiges of divisiveness are removed from this Region, and until SLPPNA achieves a leverage in Freetown that is commensurate with the enormous contributions we make. One Country, One People, we are SLPP!

From The Campaign
Press Release

DEATH IN THE SLPP HOUSTON CHAPTER