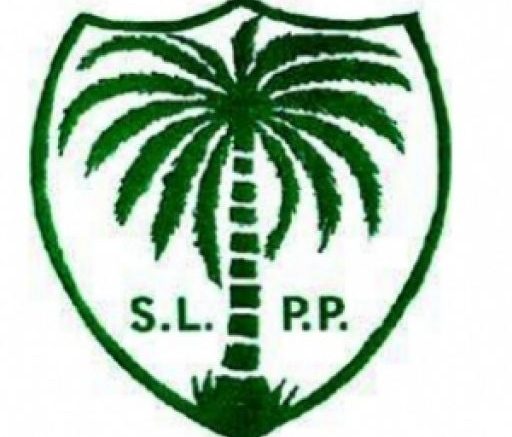 THE SLPP CONDEMNS ATTACKS ON OUR PARTY HEADQUARTERS

Freetown – Sierra Leone – November 6th, 2017 – The National Secretariat of the Sierra Leone Peoples Party (SLPP) is appalled by two consecutive attacks on our National Party Headquarters, Wallace Johnson Street Freetown by officers of the Sierra Leone Police Operational Division (OSD) and a group of people believed to be supporters/members of the All Peoples Congress on Monday, 6th November 2017.

At around 1:30 pm on Monday, it was alleged that Police Officers from the Sierra Leone Police Force came to the office of the Freetown City Council to escort some individuals who had been arrested by Freetown City Council officers. While our members were busy with their normal party activities on our premises, the OSD officers, without any provocation, spontaneously started to discharge tear gas canisters directly on our members. Three of the canisters landed on the first floor of our building, and a majority of our members were suffocated including a Party elder who was left unconscious for hours.

Such an unwarranted and unprovoked use of disproportionate force against our party members and causing damage on our Party headquarters follows a systemic pattern of many attacks Party members at the national headquarters have been accustomed to over the years. We view this unprovoked attack by the Police as intolerable and that we strongly believe certain officers in the Sierra Leone Police have the propensity to unleash violence on our membership at the least opportunity.

After the attack by the OSD officers, at around 5 pm, people believed to be members/supporters of the ruling All Peoples Congress (APC) gathered at Howe Street and launched another attack on our national Party headquarters. Stones were pelted at our Party premises, three of our party members were seriously injured and are currently hospitalized at the Sarola Hospital. Similarly, this later attack was unprovoked and deliberately carried out by these people believed to be members/supporters of APC to stir violent confrontation with members of the SLPP.

Therefore, we view the Monday 6th November 2017 release by the APC National Publicity Secretary, circulated on social media and containing several ill-informed and preposterous claims relating to the incidents at our Party headquarters as a shameful attempt to condone violence perpetrated by members/supporters of APC. While we will continue to admonish our supporters to be law abiding and resist every temptation into a violent confrontation, our supporters will always act in self-defense to safeguard their personal safety.

The SLPP has made a formal complaint of the two incidents and presented the empty tear gas canisters to the Inspector General of Police who has ordered an immediate investigation into the matter. We also have in our possession video evidence of the two attacks and shall duly hand them over to the Police to aid them in their investigation. These two attacks are unacceptable and they will no longer be countenanced by our Party and general membership.

In the circumstance therefore, the SLPP calls for the following: