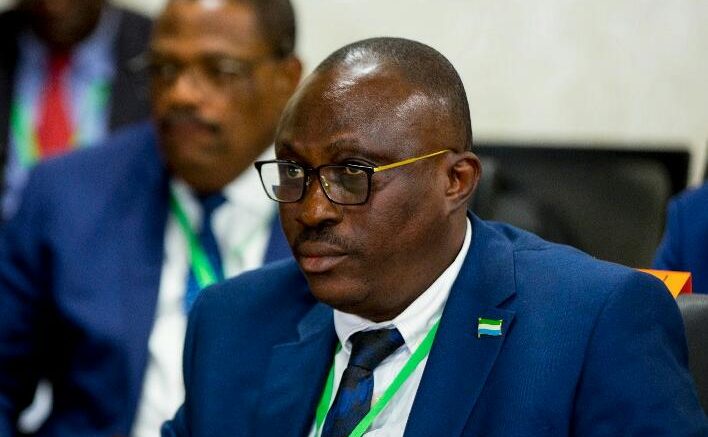 JJ Saffa has said the new administration of President Bio would encourage credible partners to invest in the country. He made this statement while addressing pressmen at a well-attended news conference at Youyi Building after a successful FOCAC Summit in China.

“We are open and ready to accommodate business investors, but it will not be business as usual. We want to focus on infrastructure that will generate revenue and are looking at the design limit of transfer as you have heard about the Power China group for the Lungi Bridge which has a lot of advantages. Quite apart from the fact that it increases accessibility to the city, it also expands the city which helps the country by reducing congestion in the city. To us, that is a useful project,” he said.

On the visit to China, the finance minister, JJ Saffa, disclosed that the Chinese government was very pleased with the determination and reforms already taken by the new administration and had pledged RMB 250 million equivalent to around $ 39 million as support to Sierra Leone.

“The Chinese government is very impressed with the direction we are moving. The visit was important because it gave renewed confidence to China about our country, signified a new relationship between the two countries, also created the platform for Chinese investors to interact with our leadership and of course exposed us to opportunities of private capital eventually. We have good opportunities with China, and as a responsible government we will make sure the terms are clear and conditions favorable,” he averred.

The former SLPP Secretary-General added that as part of its value for education, the SLPP government would facilitate the payment of stipends and shipment of consignments of Sierra Leonean students who had suffered in China as a result of a low commitment to education by the previous administration.

Since his appointment as finance minister by President Bio, the former World Bank Economist has earned a lot of admiration for his fiscal policies which have helped the country regain confidence from international partners.